Here at Mystical Mayhem Hippy Clothing we take great pride in our wonderful range of clothing from around the world. It takes lots of time and care to try to source the best looking and the best quality clothing which we love doing, just for you.

For those of you who have not heard the term Bohemian or Boho before then here is a quick explanation for you and what it means:  In modern times Bohemianism, Bohemian and Boho is the term  applied to people who tend to have a slightly unconventional lifestyle and who were therefore seen as a little different. The term was derived in the early 19th century in France which came about as it was mistakenly thought that the Romani people of France travelled to France from Bohemia. Although this was not the case the word stuck and generally came to refer to free spirits and wanderers. In addition to the term Boho, Hippie is now also widely used.

Back in the early 1960’s it came to mean people with very few permanent ties who could do what they liked, when they like and those who were free to wander and explore life!  Bohemians would often be found  in the company of like-minded people. Here we have and always will look at life in an unconventional way whether its the music we listen to or the clothing we wear. Hippy clothing is very expressive and very freeing!

We love the fact that we are able to bring you our great range of boho clothing. As well as allowing us here at Hippy HQ to express ourselves, this range and style of clothing  also helps you to express yourselves and to show the world who you are!

Our fantastic range of fair trade Bohemian clothing is produced by hand in Nepal, India, Thailand and Indonesia.  We stock everything from bohemian hippy dresses and skirts to tops and jackets.  The Bohemian/boho clothing range is becoming very popular amongst us free folk and includes clothing for both men and women and is ever growing. N 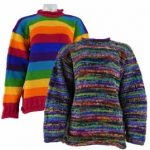 ew products are being added each week and are always looking for new fantastic products that we can bring to you.

The idea of free spirited bohemians has never died out and people still love to dress in clothing that enables them to express themselves. Bohemians were associated with unorthodox or anti-establishment political or social viewpoints, which often were expressed through free love, frugality, and, in some cases, voluntary poverty.

Many of us may need to go out to work to earn a living but at the end of the day when we are on our own time we can express ourselves with great looking boho/bohemian clothing.  The bohemians were considered free thinkers and people who look at things in a different way.  Boho is still a widely used term in today’s society and still refers to people who are not considered to be the norm.  Well, we love not being normal and embrace being a modern bohemian.  We hope our range of hippie clothing can help you with your walk on the bohemian side.

We use fabrics that provide a vibrant look and think that although it is important that the clothing looks good, it is just as important that the clothing feels good too! Clothing that looks and feels  great = a very happy hippie 🙂 This fashion is at the heart of our business.  We are inspired by the boho and hippie styles that should never be forgotten which is why we spend so much time looking for new styles and designs for you. Watch this space to see what is coming next.

Take a tour of our online hippie clothing store by clicking on any of the categories below. You will be pleasantly surprised and at the range we have waiting for you!