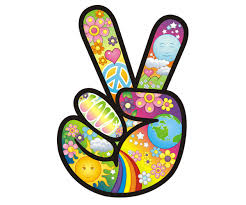 First off, let’s start with what etymology means shall we. I know some have never heard the word before and it is naff when an article starts off with something that you don’t understand… Don’t worry about it though, it happens to me all the time!!

Basically it is the study of the history of words. Where they came from and how they came about and, what it means. In essence we are looking at the origin of a word and how it changes over time.
For example, the word etymology itself comes from the Greek word etumología broken down into two parts. Etumon which translates to “true sense” and logia which means “the study of”.

The etymology of hippie is a tough one but I will share what I know.

There you have it, now let’s take a look at the etymology of hippie.

The Etymology of Hippie

The word hippie is believed to stem from the word hipster which was a name for the folk of the 1940’s jazz subculture. A gent named Jesse Sheidlower states that the term derives from the words 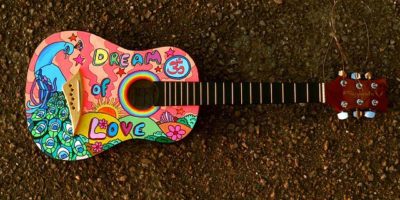 hip and hep. According to Jesse, the origins of these words are unknown. Not all that helpful to be honest although we have to assume that he has done his research as he is an acclaimed lexicographer (means he writes dictionaries). Numerous theories have been composed, all of which are competitive but none can quite be proved.

Although the words hip and hep may not have an origin that we know of, as many people claimed to have coined them, they have most certainly played their part in the word hippie. These 2 words made their first appearance in the dictionary in 1904. The words were slang words which were used by the jazz subcultures.  “Hip” was taken to mean aware and “hep” to mean in the know. The word hippie came about in print in 1952 although it has been attested that the word was in use in the 40’s.

Depending on what movements you followed, hippy meant different things to different people. To the African Americans from the jive era, the shortened word hip meant “sophisticated, fashionable and fully up-to-date”. In his autobiography, Malcolm X stated that the word hippy was used to coin white males that in his own words, he said “acted more Negro than Negroes”.

To the middle class it meant, promiscuous layabouts who didn’t wash and had no jobs. Isn’t it amazing how people only ever focus on the minority but judge a whole group.

We all know that these definitions are far from what the word meant in the 60’s and what it means today.

The use of the term hippy really came into its own in the 1960’s.  It was the counterculture of the 60’s that really brought the term to how it is used today. The counterculture was an absolute phenomenon – it was an anti establishment movement that started in the UK and spread then to the USA and further still. The folks of this new culture were different to the normal ‘squares’ of the times. They were free spirits. Women and men who spoke out.

This counter culture stood for and against so much. One of the most prevalent actions that most folks will think of are the anti war marches.  These ‘hippies’ played such a huge part in the expansion of the US government’s extensive military intervention in Vietnam. There are many pictures around if you check the internet that show pictures of said protests. Pictures such as those of the ladies walking around placing flowers into the barrels of soldiers guns to promote peace. These pictures really do speak a thousand words.

Hippy’s became well known for their free love, love of radical music and exploration of psychedelic drugs to open their minds. Not everyone had a job (same for many other folk) and so they became known as freeloaders. They were so much more than that though. Unfortunately people tend to judge negatively and see only what they want to see. There is no issue from what I can see when it comes to peoples exploration of themselves. As long as they do no harm to others then let them be!
Because this hippy culture was deemed different, the term became a derogatory way to describe these free spirits.  People tend to be uncomfortable and so closed minded to ideas and ideals  outside of their own. 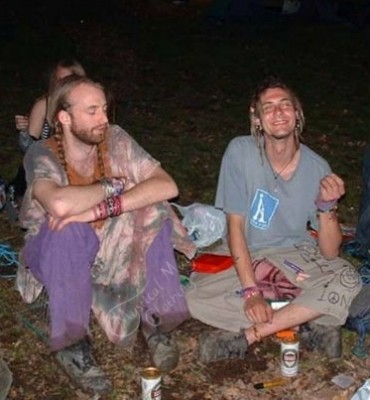 Back in the 60’s and 70’s it was all about peace and trying to get the nations to love one another and to let go of hate.  A wonderful notion but I believe that we will never know true peace. Not in my lifetime anyway. This is exactly why we all have to play our part. Hippy or not, it is your duty as a human being to look after your fellow humans and this earth that we live on.

Unfortunately, hippy’s faded out. Not all of them I hasten to add, as there are still many of what I call the original hippies around. But as times change so do people’s ideals and they became another subculture that faded out.

For many being called a hippy is based on what you wear. However so many of us are true hippies at heart, on the inside as well as out. We care for the environment, we care for ourselves and, we care for each other. These are things that we go out of our way to do. We march and protest for things that matter just like they did back in the 60’s. We abhor violence and war just like back then too. It may have skipped a generation or so but we are back!

The clothing we wear does not define who we are but it does allow us to express our individuality in any way we please. We wear what we like, when we like and, if people don’t like it, that is their issue, not ours! We have jobs just like regular folk because we are regular folk! Personally if people dislike me because I am a hippy then I am not bothered. I know that I am a good person, can they say the same?!

The clothing that was worn back in the 60’s and the 70’s was different to what the regular folk wore. The style of clothing became known as Hippie clothing. Bell bottoms, bright patterns and bold colours, much of it handmade or up cycled. It didn’t matter, male of female, you would wear what you like. Both the men and women used to grow out their hair. The ladies would wear flowers in their hair and then men would grow out their beards. Sound familiar?! Yup, you have looked outside recently right, it is everywhere.

People relish in being classed as individual.  They love wearing something unique that only they have. This is where we come in here at Mystical Mayhem Hippy Clothing. We provide like minded people with a way to be themselves and discover who they are through unique and beautiful clothing. Based on original styles from the original counter culture but with a modern twist. Some wear the clothing every day (we do) and others just for festivals. Festivals for some are a time to shuck off the norms of society and become free. We are proud to be able to help with this.

Although the etymology of hippie has remained the same, over the years, you can see that for some it has changed. Being a hippie means something different to each person and there is nothing wrong with that. You be who you want to be, not who you think you should be based on the ‘norms’ of modern society

So, there you have it, the etymology of hippie.
Just remember, be yourself and stay kind to one another. A little kindness can go a very long way. 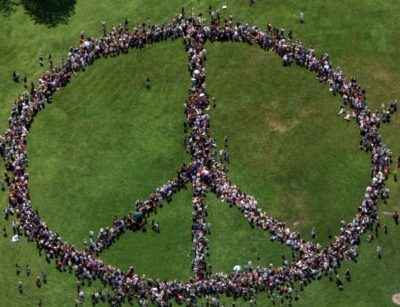