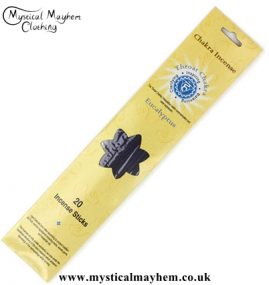 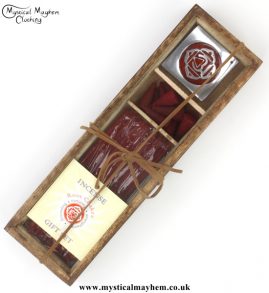 Ajna or third-eye chakra is symbolised by a lotus with two petals, and corresponds to the colours violet,
indigo or deep blue, though it is traditionally described as white.
It is at this point that the two side nadi Ida (yoga) and Pingala are said to terminate and merge with the central channel Sushumna,
signifying the end of duality, the characteristic of being dual (e.g. light and dark, or male and female).
The seed syllable for this chakra is the syllable OM, and the presiding deity is Ardhanarishvara, who is a half male,
half female Shiva/Shakti. The Shakti goddess of Ajna is called Hakini.
Ajna (along with Bindu), is known as the third eye chakra and is linked to the pineal gland which may inform a model of its envisioning.
The pineal gland is a light sensitive gland that produces the hormone melatonin which
regulates sleep and waking up, and is also postulated to be the production site of the psychedelic dimethyltryptamine,
the only known hallucinogen endogenous to the human body. Ajna's key issues involve balancing the higher and lower selves and trusting inner guidance.
Ajna's inner aspect relates to the access of intuition. Mentally, Ajna deals with visual consciousness.
Emotionally, Ajna deals with clarity on an intuitive level.

These incense are perfect for meditation and relaxation.
It is popular with musicians, students and yoga studios.

Hand blended and rolled according to ancient tradition.
All pure, natural ingredients including herbs, wood gums and essential oils.

Hand rolled onto a bamboo stick.

Made in India
Approximately 20 sticks 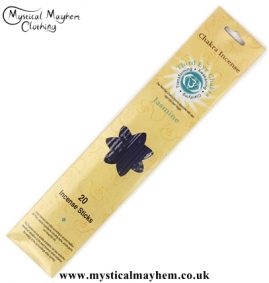