There are lots of words used today that were originally used by hippy’s back in the late 60’s. These words are not only used by hippie’s today but by many people all of different races and religions. Words that are used in every day life, day in and day out. When you say them you may not even realise where they came from but they are now so ingrained into our daily language that we give them no thought. Here we thought that we would share some of those words and their meanings with you. What are some hippie words is a very popular question that gets asked often and so we thought that we would share some with you.

So, What are Some Hippie Words? 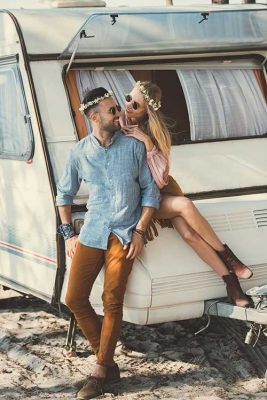 You will note that many words can have several meanings and some of them do over lap. It may well be that some of the words have meanings that I do not mention but hey, we don’t want to be here all day…

Man – this is a term that can be used for anybody regardless of sex or age. It was and still is an all encompassing term for a human. It refers and relates to all of the human race. Doesn’t matter who you are, you will be at some stage, referred to as man. We are all equal after all!

Groovy – a word that means many things. Mostly though, it is used to describe something that is excellent or exciting. “That is some groovy hippy clothing”

Far Out – can either mean excellent, on a similar par with groovy or, can be used to describe something unconventional a little out of the norm. “That record is far out”

Cool – awesome, great and interesting. Often used when you enjoyed something, cool would the one of the words you could use to express yourself. Cool is also used to describe someones composure. If he/she lost their composure you would say that they lost their cool.

Rad – great, excellent and cool. You would use it as an expression for something awesome. Say you went to see a live band and you thought that it was out of this world, you could also use the word rad to show how much you enjoyed it.

Hip – a slang word for in the know and fashionable. If someone that you know keeps up with the latest fashions (that you like) you would refer to them as hip or if they had all of the latest gossip that you want to hear.

Wild – there are various uses of this word – 1) Used to describe someone who is a little unrestrained. 2) Used for something that is unusual but in a very attractive way. “Those hippy trousers are wild” or “That new hair colour is totally wild” 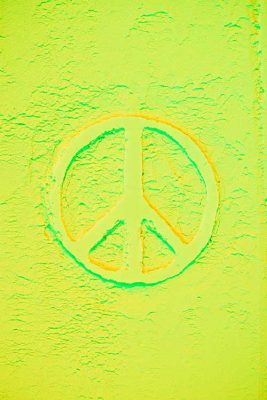 Out of This World – extremely enjoyable and impressive – something that totally blows your mind.

Free Spirit – an uninhibited and independent individual. You would refer to someone as a free spirit when they don’t conform, are their own person with their own opinions and are not easily influenced by others.  They do things that make them happy no matter how odd or kooky they make may look. Wearing what they want because it makes them feel good. Not to mention taking joy in the smallest of things.

Flower Child – originally a synonym for hippy. A flower child is a person rejecting conventionality, an advocate of love and peace. A happy person who loves to show people how beautiful the world can be, spreading smiles wherever they go. Tries to live a simplistic life free of too many materialistic things. Life these days means that we have to confirm to society to a certain degree but as long as we stay true to ourselves we can create and live the happiness that we want.

Peace – the word peace became well known with hippies around the globe as one of the things that they advocated the most was peace. Non violence was something that they really promoted. Anti war marches etc were a key part of hippy life – marching for things that you believed in. At anti war marches and protests flower children would hand out flowers to passers by and soldiers quoting the word peace. “Peace man” was a saying that you would have heard by many in the late 60’s and is one that you will hear often today just to promote feelings of calm and well being. It is often used as a way to say goodbye and take care.

So, there we have answered the much asked question – what are some hippie words?. Perhaps they are ones that you know already and find yourself using on a regular basis or, maybe you have just discovered a rad word that you like and will start to use. If there are some words that you think are synonymous to us hippy’s then please feel free to let us know and we can take a look and get it added to the list for you.

Take care of your selves and each other.